Last Friday was a great night to be in Athens, Georgia. Beloved local psych-pop electro-funk rock band of Montreal kicked off their end-of-summer 2016 US tour supporting their new album Innocence Reaches at The 40 Watt Club. Ruby the Rabbitfoot, another Athens-local artist whose career is just beginning to take off, opened the show. One would be hard pressed to find another show this good for only thirteen dollars.

Ruby the Rabbitfoot’s newly released album, Divorce Party, is a stylistic departure from much of her previous work. Leaving behind the bedroom folk pop of past years, Athens singer-songwriter Ruby Kendrick was joined by a professional band playing exclusively new material, which beds her coyly sexual lyrics in synth pop ballads with candy apple shine. Hints of this shift were apparent on 2014’s New as Dew but live performances remained more intimate with Ruby singing atop her solo guitar or keys. Clearly excited and perhaps a bit nervous about beginning the tour with of Montreal, the band warmed up the audience with slow dances as Ruby sweetly serenaded.

The high point of the performance was the single “Nicola La,” with its heavy innuendo and sultry suggestions to come over here and hurt my feelings, followed by a cover of Shania Twain’s “You’re Still the One,” and closing with Ruby’s downtempo single, “Beach Flowers.”

Throughout, the set teased and seduced, creating a tangible weight in the air—the kind that coalesces in a room with poor ventilation and a crowd transfixed by a beautiful woman and her viscous voice. As the band exited, they left an audience tangled with sexual tension and hungry for climax.

If anything, the opening set was a bit subdued; the band never broke a sweat. While they certainly did their job well as the warm up act, the crowd was left wanting a little more. While an opener is expected to hold back, there was a lot left on the table between Ruby the Rabbitfoot’s stage presence and of Montreal’s. With the backing band, Ruby is no longer tied to the keyboard and could use this freedom to move more. It will be interesting to see how they develop their performance style over the course of the tour; hopefully they will push their limits as a band and find new ways to surprise audiences.

A full house anxiously awaited of Montreal’s arrival to the stage, cheering a few times through the final sound check as the lights dimmed and the tension rose. The crowd was ready for this type of party—many of them in homemade costumes, including plenty of young men in wigs and dresses—practically everyone sported a little glitter. Finally, robed figures emerged on the darkened stage in procession like a black mass. Pentagrams appeared behind them and a thick vapor began to pour from the hood of the dark lord.

Soon enough, the robes came off, revealing of Montreal in more familiar garb—the backing band wearing projector-screen white and dazzling front man Kevin Barnes in high heels, thigh-high stockings, ruffled dress, and floral cape. They launched into their latest single “it’s different for girls,” a pumping dance track with funky riffs and disco beat. Like many of the tracks on their new album, the song mixes familiar of Montreal style with EDM influences, blurring the lines between rock and electronic music.

Since 1996, of Montreal have energized audiences with their quirky dance music, crazy costumes, and psychedelic light shows. Twenty years have not slowed them down a bit, nor has lead singer Kevin Barnes, now 42, lost any of his gender-fluid charm or raw sexual charisma. The band rocketed through their first few songs, with barely a pause separating the new album’s feminist anthems.

Kevin made several costume changes throughout the performance, often donning wigs and gowns. At one point he was down to nigh but glittery makeup and a shiny, low cut pair of briefs, showing off his slender, hairless physique (unfortunately not pictured, due to the “first three songs” rule of concert photography). The band was joined by dancers wearing various costumes and creepy masks, as well as elaborate and colorful psychedelic monsters, including a giant opossum with moving mouth, tail, and eyes during their 2008 hit “For Our Elegant Caste” (from Sunlandic Twins). Lighting was almost entirely provided by a high-powered projector that bathed the stage in trippy patterns, constantly swirling and changing to complement the music.

Confetti cannons showered the crowd and balloon clusters were bounced around the house throughout the middle of the show, artfully catching the projections in a mesmerizing fashion. After a foray into the glam rock world which saw Kevin playing some guitar, the band closed their set by a revisit to “it’s different for girls.” After a brief departure from stage, they returned to perform an encore medley including David Bowie’s “The Man Who Sold the World” and Prince’s “1999.” Both flawlessly executed, of Montreal showed they can pull at the heart strings too, paying homage to the recently deceased rock icons to the delight of their shared fans. After the show, Kevin announced they were off to the afterparty, and later that night, he was reportedly sighted singing OutKast’s “Roses” during a drag karaoke event at local LGBTQ-friendly Go Bar.

Fans will not be disappointed by this tour. The new album has all the mystique of past works, in a very danceable package. Ruby the Rabbitfoot’s sexy stylings complement of Montreal’s bombastic showmanship well; the two bands offer distinctly different flavors of sexuality and girl power. The tour is still on its southeastern leg, so if you missed them in Charleston on Saturday but still want to attend this fantastic party, you can catch them in Asheville at The Grey Eagle on October 12, or in Atlanta on Halloween at Terminal West (more tour dates can be found on their web site).

You might as well start stocking up on glitter and psychedelics now.

Special thanks to Andrew Harris for his contributions.

Christopher Guirl is a photographer and music lover from Greenville, SC. Follow him on Instagram @justthisguyyouknow for more live music photos from around the region and beyond. 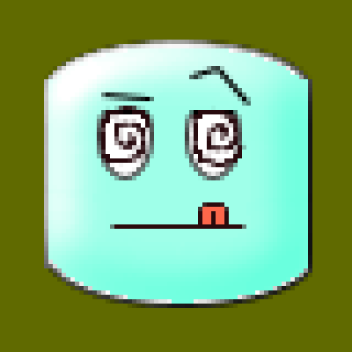 Chris is a single dad, software developer, homebrewer, music enthusiast, and photographer from Greenville, SC...and he would love to have a beer with you sometime. Find him on facebook for the latest show photos, or to invite him to your favorite local band's next show. View all posts by Christopher Guirl