“I wouldn’t wish my process on anybody,” admits Tristen Gaspadarek toward the end of her dwelling on the creation of her latest album, Sneaker Waves. Gaspadarek began with around thirty songs for her third release but went into the recording process without any set ideas or parameters. Instead, she let herself experiment in her fully outfitted home studio complete with vintage organs. The record also sought to bring influences from the talent of contemporary musicians in Nashville with collaborations from Ben Parks of Sun Seeker, Linwood Regensburg of now-retired Those Darlins, and the queen Jenny Lewis who can be heard singing backup vocals on the newest single, “Glass Jar.” There are a handful of others both on the record and off that may later make an appearance on a release of B-Sides. Ultimately, Tristen let the album take shape organically and the only real curt decision was to nix some of the many ballads.

After the experimenting was refined down to a final cut, Tristen teamed up with her husband and guitarist Buddy Hughen to mix the record (she refers to him as her own Johnny Marr or Mike Campbell). The goal, she claims, was to keep the entire record a self-contained project from start to finish. Previously, Tristen had handed over the tracks to another person to be mixed and while she doesn’t discount those records, she wanted to have full control over this third release. However, she refuses to going back to the DIY approach when it comes to releasing a record. CAVES, Tristen’s sophomore album, is what made her realize the effort that goes into not only producing a record but it’s release. While she was grateful for the Kickstarter campaign support, she has sworn off that route. Since then, she has joined up with an amazing baby label Modern Outsider based in Austin, Texas. Sneaker Waves will be her first release with them, and she is ecstatic.

When Tristen isn’t diligently working away on her own music, she’s out at live shows in the Nashville. She considers music festivals the equivalent of attending church, and went to Bonnaroo this year just an hour south of the city. Angelique Kidjo, Car Seat Headrest, and, of course, U2 were her highlights of the weekend. When it comes to her own town, however, it’s all about country music. She insists that “when you come to Nashville, you have to see country music.” Her recommendation? Chris Scruggs and The Stone Fox Five for Country Sundays at The Country in Nashville. It doesn’t get much more country than that.

While she frequents those country music haunts, her own sound is much more influenced by pop-melodies and folky undertones. In a recent wave of female artists, Tristen has embraced her own aesthetic and a modern pop-hybrid genre to join the likes of Angel Olsen, Jenny Lewis, and Neko Case. Sneaker Waves cements her place in the indie-folk pop-rock scene, and her progress as a musical artist. It touches on a variety of influences from different periods and genres, bringing together not only her musical talent but her knowledge of music history. It’s no wonder then that she refers to herself as a ‘play-lister’ on tour, creating a mash-up of her favorite songs rather than listening through one entire album. (She admitted that books and poetry on tape are also a go-to, along with podcasts – check out WTF with Marc Maron and Nerdist.)

When the bus stops and she’s on stage, Tristen states that for her it is all about making a connection with the audience. “They decide the energy. You get the show you deserve,” she states. That isn’t meant to come off as pessimistic, and she knows that each show has a unique experience to offer. She did admit that once the show begins, she goes into her own “beast mode” and you don’t want to interfere. Apparently, she has made the written report of a sound engineer after a show with endless feedback that unnerved her. A little rebellion never hurt anybody, right? Fortunately, there were no interferences with her show the other night at Royal American and she rightfully captured the audiences’ attention. Her voice is sharp but smooth; a serenade with a bite. Until Tristen returns to South Carolina again, we’ll be grooving to her new album here. 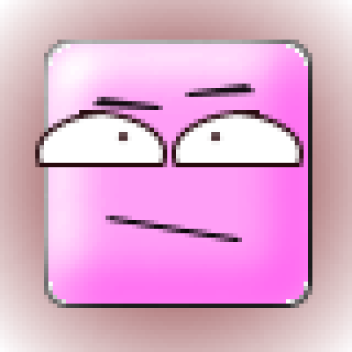