by Guest
in Featured, News
1

So for this edition of Summer Jams, I thought I’d let you know what’s been in heavy rotation on my turntable, so here are a pair of limited vinyl releases from my collection that I’ve been enjoying and I think you will too. Now, when I think about limited releases, I think about Record Store Day, so I thought I should start there. Both of these releases were RSD exclusives, from 2009 and 2010 respectively. 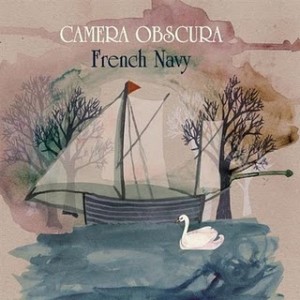 First off, Camera Obscura’s French Navy 7″: French Navy, the A-Side of this release is also the opening track on their 2009 album My Maudlin Career, which is definitely one of my favorite albums of last year, is probably the catchiest indie song I’ve ever heard. I was absolutely hooked on this song from the moment it slipped into its gentle rhythm at 0:15 and am still completely floored by how perfect the string arrangement in the chorus is. This song is the embodiment of summer love and will most definitely have you “Ooh-ing” along. The B-Side, The World Is Full Of Strangers, is a non-album track exclusive to this 7″. This song take that summer love feeling under the covers to the moment you’re alone and trying to make sense of the world and what you’re feeling. This track is much more representative of the album as a whole, and it’s a shame it didn’t make the cut. Camera Obscura is a great group and My Maudlin Career is certainly worth your while.

Next, The Black Key’s Tighten Up/Howlin’ For You 12″: This Record Store Day 2010 limited release features two tracks off their new album, Brothers, as mentioned in David’s first Jams post, in a 45 RPM 12″ format. Both tracks are classic Black Keys, with bluesy vocals and guitars, sharply focused with great hooks. Everything cuts so deep. If French Navy was a summer love, then Howlin’ For You is a bittersweet summer lust as a rebound to Tighten Up’s second-semester heartbreak. Brothers has been the soundtrack to every road trip of mine this summer, and if you give it a fair play, you’ll find this album sneaking its way onto your top ten albums of 2010.

Bathroom Session with The Summer Set

Bathroom Session with The Summer Set