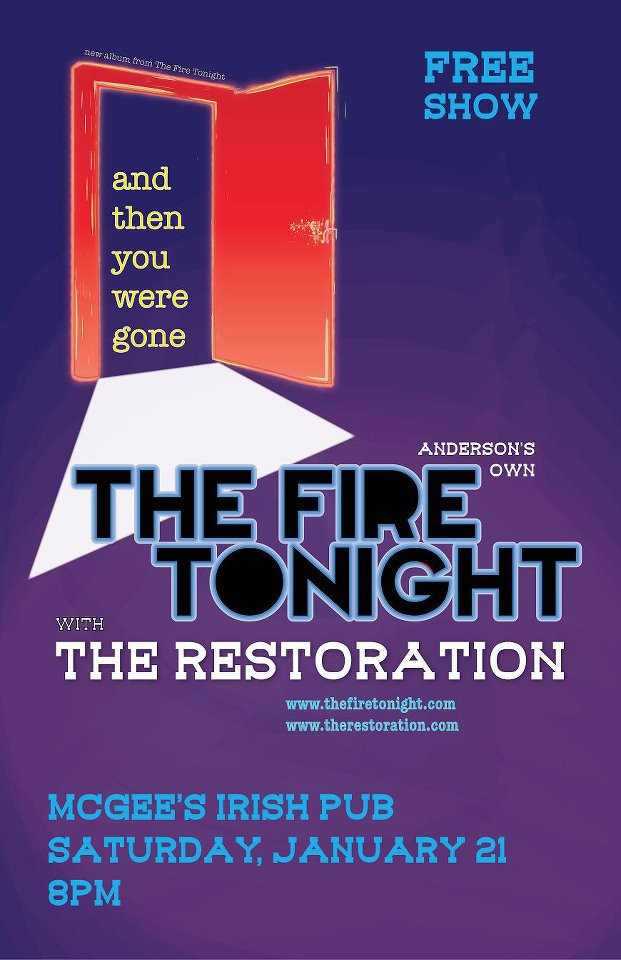 The Fire Tonight’s show in Anderson, SC Saturday brings them back to their roots in a lot of ways. None of the current members live in the same town anymore so the live performance aspect of being in a band for them has become few and far between. But after line up changes, a full length album, and multiple EP’s the band is truly happy with where they are today.

Anderson, SC is like their first or second home. It’s where founding members Collin Derrick and Stephen Russ met while they were in school there. It’s also where they recorded their latest EP …And Then You Were Gone. An EP that they believe captures the full sound of who The Fire Tonight is, even thought it almost ended the band in the process.

“Getting this EP out took forever, because it is extremely personal for all of us” said Russ, drummer of The Fire Tonight. “And the thing that really kept us going is that we knew we needed to do it, even if it was the hardest thing we had ever done musically.”

Over time things changed in many ways in The Fire Tonight camp. Early on they focused on touring and playing shows all over the Southeast. Their first full length album was cut and ready for radio, something in retrospect might not have been exactly who they were.

“I can say with full faith that I can’t stand our first album at all, but I think we’ve really come along since then at least in, doing what we do which is generally melodramatic art rock” said Russ. “We’ve all had a lot of experiences in music outside of the band, Collin teaches recording, I interview musicians, Jesse is in school for music. We also became less concerned about doing what we thought people wanted. You know, “oh we need a slow song, oh we need another rocker” that kind of thing.”

As The Fire Tonight settle into their lives away from rock n roll, they’ve figured out more what they want to do. And that’s create music they care about, and to enjoy the live shows they do play more than ever.

In talking about their past releases and the fans relationship to the music Russ says “But music is forever. It’s what people make of it.”

The Fire Tonight will be opening for The Restoration in Anderson, SC Saturday Jan 21 at McGee’s Irish Pub. The show is free and starts at 8 PM.