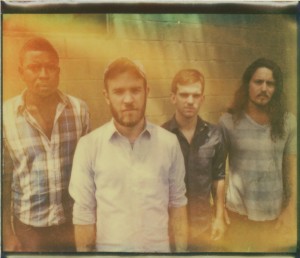 The Radio Room, Greenville, SC
Saturday, February 18th, 9:00pm
All Get Out is a South Carolina band that I am rooting for. Â Having seen them just a couple of months ago, I can attest to the fact that their live show is amazing. Â The crowd at The Loft in Atlanta, was singing and shouting along with every word out of singer Nathan Hussey’s mouth. Â It was an exciting, engaging vibe, and the band even responded to some fan tweets on stage. Â Their new album The Season, is a great start to finish listen. Â
They are on the bill alongside Nashville’s The Winter Sounds, which is described as a new wave folk indie punk band. Â If you can’t wrap your brain around that description, take a listen to their album, Church of the Haunted South. Â It has a fun, eclectic vibe that will have you bobbing your head. Â Fever Parade, fronted by Chase Schell, will also be performing. Â The pop-rock band has been together for about a year and call Greenville their home.
The Radio Room is a dive by design and if you want to get up close and personal with the bands, this is the place to see them. Â Be sure to follow @allgetout on twitter.