It’s #TwitterThursday y’all and we’ve got a lineup today with a couple of my personal upstate favorites.

First up is Clemson’s own @BackstreetsPub. Â Backstreets is such a fun and welcoming place, and if you’ve never experienced it–you need to. Â Just take a look at their menu tweets:

Pimento Cheeseburgers might be one of my most favorite things ever. Â If I was on death row, I might make that my last meal. Â Instead I try not to be on death row so I can eat them whenever I want, but you knowâ€¦whatever happens, happens.

They also have a really cool and successful pool league/team: 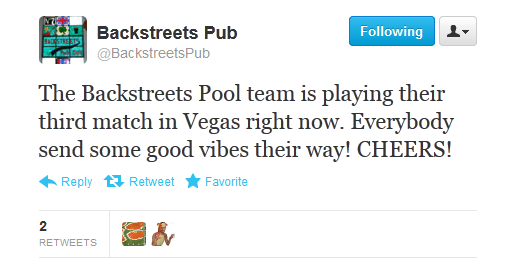 I mean I’ve never really NEEDED a reason to play pool in a bar, but if you do, go play at Backstreets and you might end up in Vegas.

Also, today is a special day for @BackstreetsPub 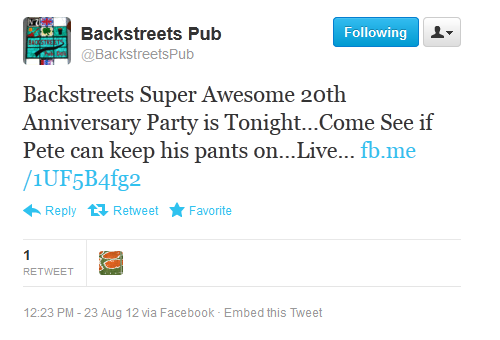 Backstreets Pub is 20! Â They are still technically not allowed to drink, but if you are you can tonight at their Anniversary Party. Â The band Chalwa is playing and hopefully Pete is keeping his pants on…or not, I don’t know what the better outcome is in that scenario.

Next we have upstate radio personality and rock-and-roller @austinlanders. Â When he’s not being a morning show sidekick he’s playing with his bands I Am Carpenter and the Weathers who he loves very much: 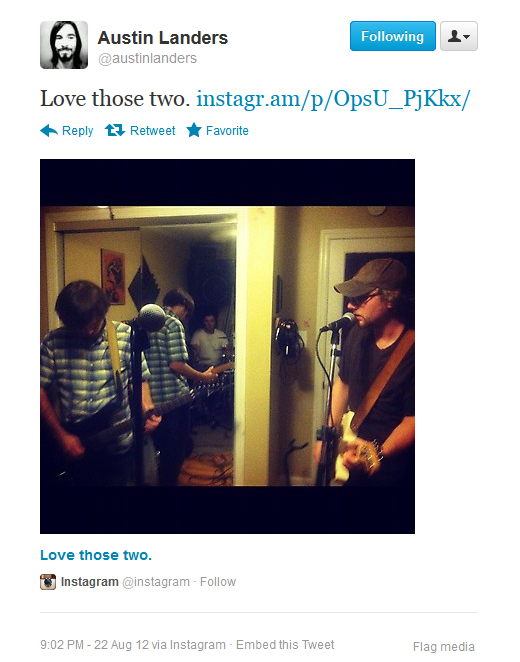 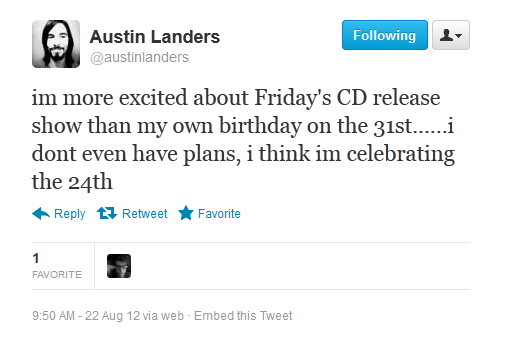 I guess after the display of bro love, it’s no wonder that Friday’s I Am Carpenter CD release party at New Brookland Tavern is more important to @austinlandersÂ than his own birth. Â But really dude, think about it, if you weren’t born, there’d be no band to record a CD to have a release party. Â Celebrate you. Â I know I will.

And finally we have this gem:

I would make fun of this, because that’s generally what I do, but it genuinely put a smile on my face. Â Austin, you know what they say about high school girlsâ€¦if you don’t well just re-watch Dazed and Confused.

I hope you enjoyed the two selections for this week’s #TwitterThursday.Â  If you know a band or a local establishment we should follow, tweet us @scenescÂ and hashtag #TwitterThursday with the account you think we need to know!