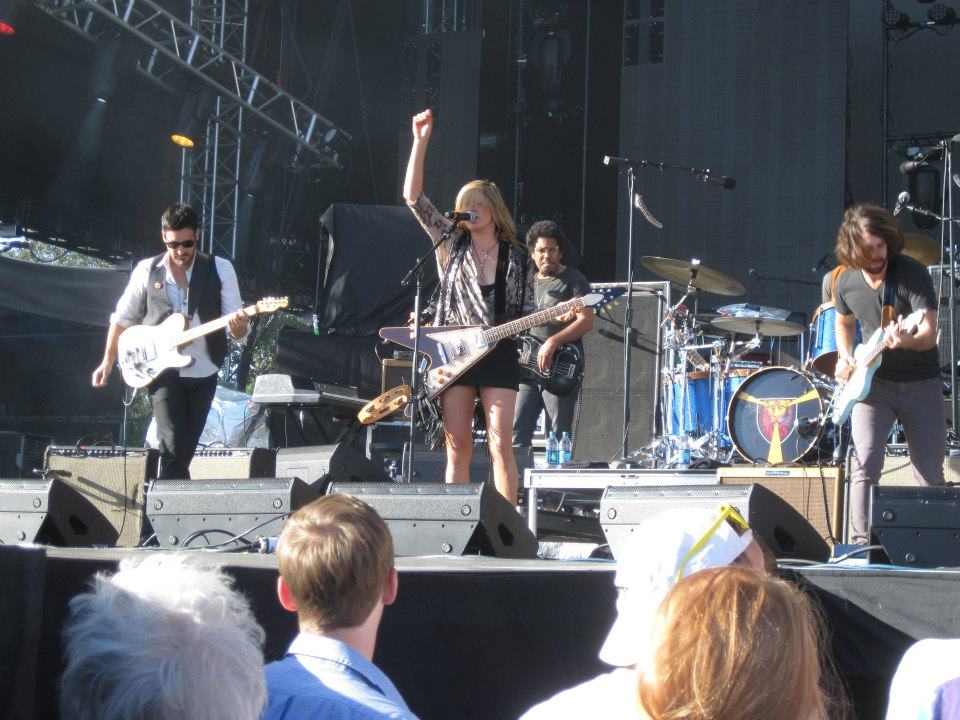 Grace Potter and The Nocturnals are coming to the Holy City! This rock’n’roll five piece is stopping at the Music Farm on their Roar Tour with support from Futurebirds.

The band was formed in 2002 out of Vermont with meager beginnings as a self-producing indie-rock group. Since then they have released six studio albums, including one live LP, have toured constantly and have become one of this Charlestonian’s favorite bands. Each of their albums has a certain sound but maintains the vivacity and undeniable sex appeal that seem to radiate off of Potter and her bandmates. Whether it’s their self titled with beach rock undertones or their progressive release from last year The Lion The Beast The Beat, this group knows how to keep their fans interested. Their collaboration with Dan Auerbach, lead guitarist and vocalist of The Black Keys, on their most recent record gave the band a push in a different, yet awesome, direction. Their performance at last September’s Southern Ground Music and Food Festival in Charleston went light years beyond my expectations. I’ve never seen a more badass frontwoman with so much energy and passion for her music.

Grace Potter and The Nocturnals began to gain momentum in 2010/2011 with the release of the single “Paris (Ooh La La),” as well as with the song “Something That I Want,” which appeared on the television series One Tree Hill and was included in the soundtrack to Disney’s Tangled. If you aren’t convinced that Grace Potter and The Nocturnals are the band to see in Charleston this week, then you need to reevaluate your priorities. Who better to spend your Valentine’s Day Evening with than the hottest female rock vocalist out there?

Check out GPN’s incredible performance of “The Lion The Beast The Beat,” linked above.