by David Ballou
in News
0

Flying Lotus, king of the LA beat scene, has announced summer tour dates, with fellow Brainfeeder labelmates Teebs and Thundercat. Â With Atlanta and Asheville dates lined up for late April, FlyLo will finally (outside of sets at Moogfest and Trinumeral)Â be showing the southeast some love. 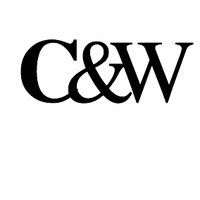 CLICKS & WHISTLES AIR MIX ON RINSE.FM
Charlotte, NC’s own Clicks & Whistles aired a guest mix on Plastician’s Rinse.FM show. Rinse.FM has long been an arena for groundbreaking new electronic music. The mix is available for download on the group’s Soundcloud.

The Knife – A Tooth For An Eye

The Knife are back. Its been almost seven years since Silent Shout, and almost four since Karin’s solo release as Fever Ray, but they haven’t lost any of their zest for making the best weird pop songs ever.

Antiquarian is the solo moniker of Chris Tollack (We Roll Like Madmen), and his debut EP is available for free download on his bandcamp. This track’s vocals are very reminiscent of the warping used heavily by The Knife.

I’ll let this one speak for itself.