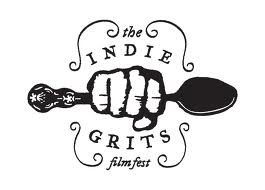 The annual Indie Grits festival hosted by the Nickelodeon Theatre in Columbia, SC gets kicked off Friday April 12, with an opening party on the 1600 block of Main St. featuring music from Say Brother and The Royal Tinfoil and a DJ previewing sounds of Columbia’s first Hip Hop Family Day.

While the 10 day festival focuses on film and the exposure of Southern filmmakers, in recent years cultural events and live music performances have become a bigger part of the festival experience.

Headlining the music portion of Indie Grits in 2013 is Dent May at the Columbia Museum of Art.

1600 Block of Main Street in front of the Nickelodeon Theatre, also featuring food trucks and beer and wine for sale.

Say Brother– Columbia’s own group of whiskey drinkin’, outlaw country rockers, have quickly become one of the cities most popular acts, partly because they bring the party to any show they play, and partly because their music is so damn on point. But isn’t that how it should be?

The Royal Tinfoil– Charleston, SC band The Royal Tinfoil song’s flow between dirty Americana and blues rock with a raucous stage performance that will have many folks wondering where they found their dance moves. Hint, it was in that last sip of Makers Mark that’s in the flask in your back pocket.

Dent May– Mississippi native Dent May will headline the festival at the Columbia Museum of Art with his psyched out sound, and southern croon.

Dog Bite– The name Dog Bite might be familiar to some SC music lovers as the band that toured with hipster home town heroes Toro y Moi. Last year Pitchfork blurbed on the release of their single “Feeling Pretty Faded.”Â  While their self description of the song gave no indication to what the band actually sounds like, faded is a super laid back jam with a steady shaker with hazy vocals and a repeating hook. Falls somewhere in the “wave” sub sub genres.

People Person– It’s not enough for Jessica Oliver to drum in one of Columbia’s top indie rock bands in Can’t Kids, so she has a host of side projects. The most popular being People Person where she sings and plays some of her own punk tinged tunes. People Person has made a quick rise without an official release under their belt. That says a lot about the quality of the material at hand.

Burnt Books– Columbia, SC is known for it’s heavier music and Burnt Books are one of the bands carrying the torch right now. With female lead vocals that swell from whispers to screams with honest lyrics, mixed with mathy guitar leads, they offer an interesting listen no matter what music you’re into.

Happiness Bomb– The first time we saw Happiness Bomb was last year and Free Times Music Crawl. There was a buzz around them, but we had no idea what to expect. What we got was a full on puppet show and a metal onslaught of guitars, bass, and drums. It made our night.

Winner will be contacted via email Tuesday April 16 with 2 tickets available at the door.