A Review of Music Midtown 2013

by Rupert Hudson
in Show Reviews
0

Let me tell you a bit about my history with Arctic Monkeys. 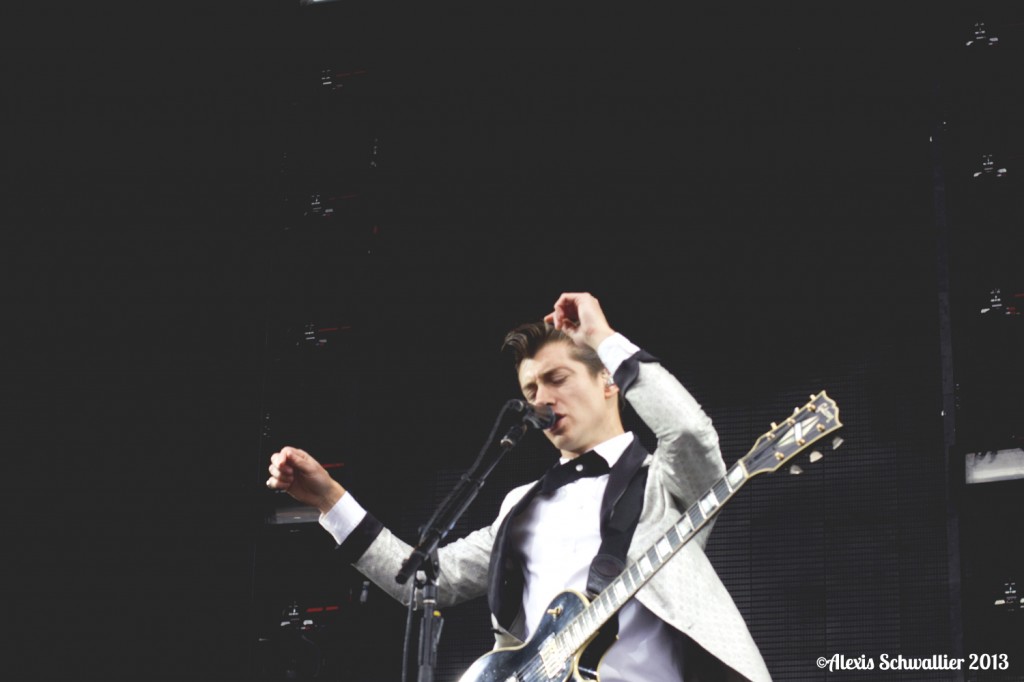 As a teenager, I was completely obsessed with the pop-punk genre of music; frequenting Warped Tour and sporting neon at all times. At the time, it was rather tragic. However, one summer while visiting my family in the UK, a young and exciting band was taking over the UK and telling everyone how good they would look on the dance floor. I was obsessed immediately. From the don’t-give-a-fuck attitude to the almost unintelligible accent, Alex Turner was my hero, and the Arctic Monkeys quickly became my favorite band. They were different from anything I had ever listened to and I felt as if I had discovered my own personal secret band, as I was living in Canada at the time and they had barely touched North America at the time. I had their debut on repeat until Favourite Worst Nightmare came out and I was swept away by the matured, but always ridiculously fun sound that this band were sending my way.

However, things started to go wrong. They released their 3rd album Humbug and while it was decent, it lacked the excitement and youth that the first 2 albums had. Alex Turner no longer seemed to want to make people dance and scream their lungs out and instead focused on a sort of stoner-rock genre that was almost boring. I was determined to give it a chance and listened to it so much that I ended up really liking it, albeit the major differences between the previous material. I moved to South Carolina a few months later and found out that Arctic Monkeys would be playing in Raleigh and quickly bought my ticket. I had never seen them live and knew I was going to be blown away. I was looking forward to seeing all of their songs played out in a live setting, even the less-exciting Humbug songs. While lining up for the show I was a giddy little girl and made sure that I had a front row spot. 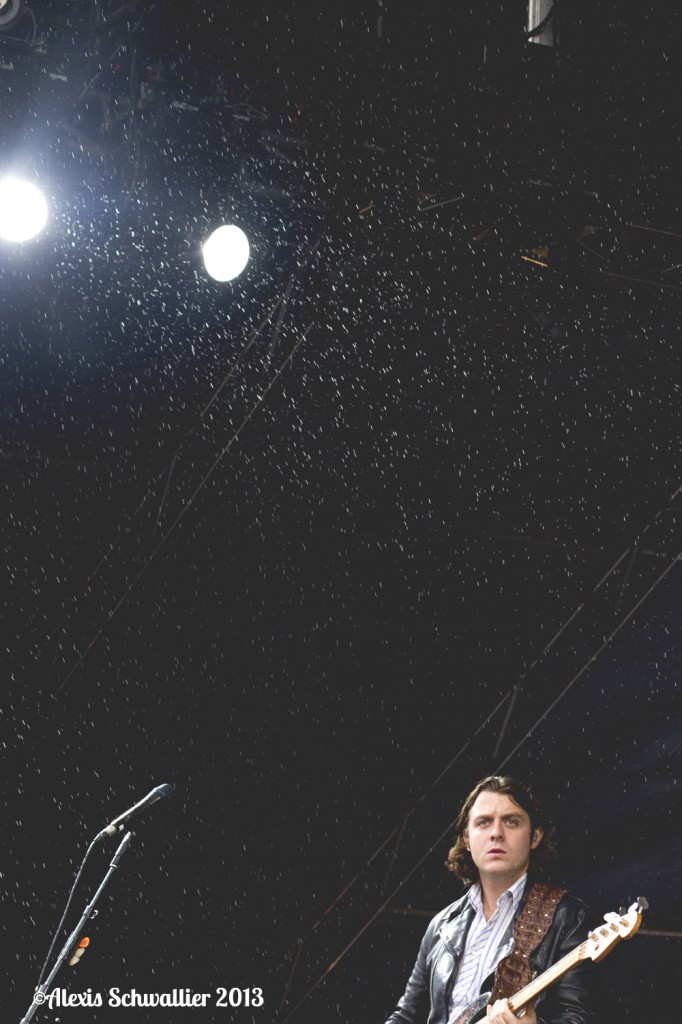 Let’s just say that after that show Arctic Monkeys were no longer my favorite band. They just didn’t CARE. Alex Turner was bored the whole time. Maybe it was because they were much smaller in the US than the UK, or maybe he was slightly bored with Humbug like I was. Regardless, it was so underwhelming, disappointing, and everything like that. I moved on, got some new favorite bands, and barely even listened to their 4th album Suck It And See. But then something amazing happened. R U Mine? was released as a random single sometime last year and it was the best song that Arctic Monkeys had written in YEARS. Still, I didn’t listen to it that much because I was still a little sad about the Raleigh show. I shrugged it off as a fluke, and didn’t see a good direction that they could go in. How dumb of me.

My interest re-peaked when they headlined Glastonbury Festival this year. I read a review of it and they said they were one of the best headliners that Glastonbury had ever had. I did not understand. They mentioned Alex Turner’s commanding presence and suave disposition. “But,” I said. “Alex Turner had none of this when I saw them. What are you talking about?” Then, they released the one-two punch of singles Do I Wanna Know?Â and Why’d You Only Call Me When You’re High? and I cried with excitement. Then, their 5th album, AM, came out, and I have literally been listening to it every day since it came out. It’s sexy. It’s debonair. It’s intelligent. It’s Arctic Monkeys. I was slowly being re-convinced that they had the features of a favorite band. 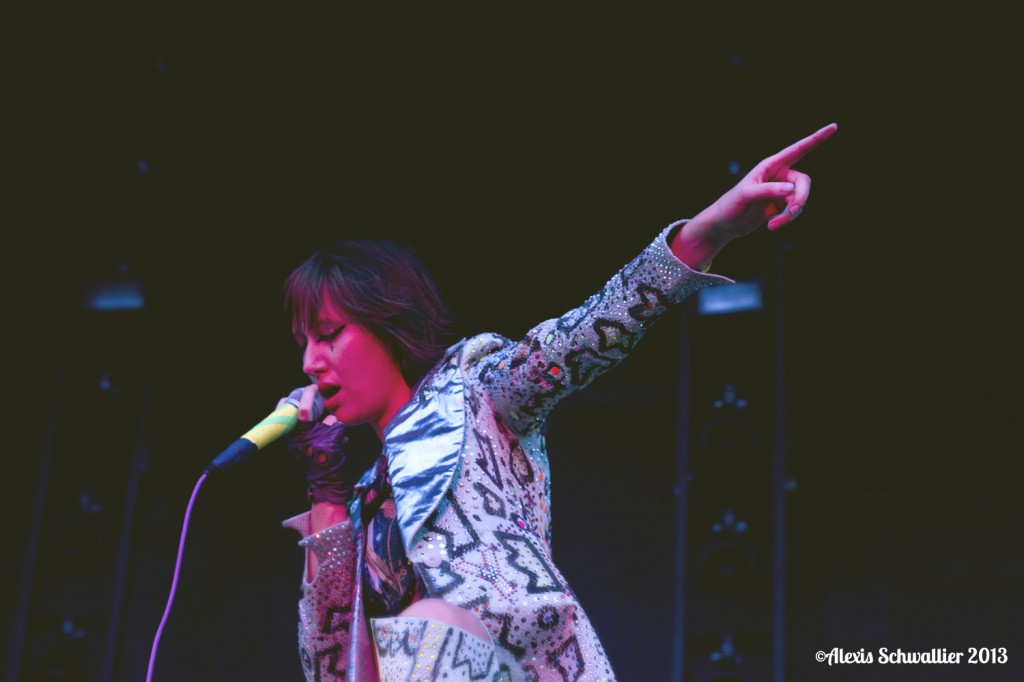 Two days of music bliss in a gorgeous park in Atlanta, Music Midtown is an absolute treat of the South. Unfortunately I was unable to attend Friday and missed out on Phoenix, 2 Chainz, Journey, and a few others. However, I was grateful to be there on Saturday, although the rain was pouring and the mud was forming. We arrived in time to catch the end of The Neighbourhood’s set. They sounded pretty solid but made too many airhorn sounds. We grabbed some food and headed to get a spot for Weezer’s set. Before their set, I did not realize how many of their songs I knew, but seriously, they have an insane amount of hits. I sung along to almost every song and got into the crowd when they decided to have a crazy, crowd-surf, bouncing party. Weezer were killer, even provoking a girl to show them her boobs and then just keep them out. The band were giggling like little girls. They played everything you would want from a festival Weezer set along with an encore, even though they weren’t the headliners. Classic. 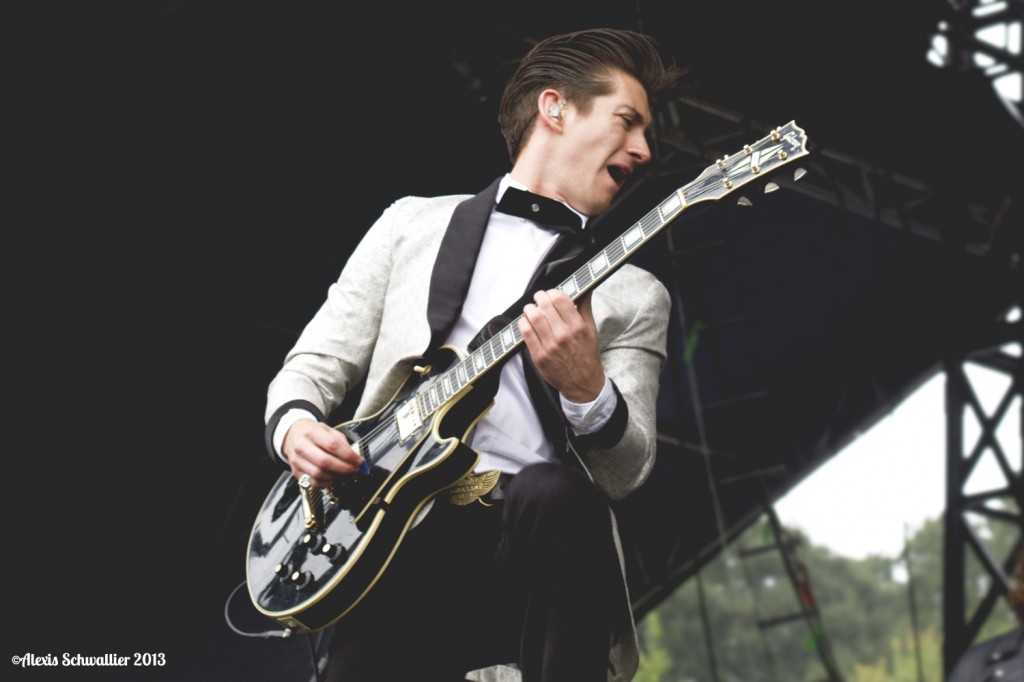 After Weezer we got up nice and close for the next bandâ€¦ Arctic Monkeys. I had no idea what to expect. I did not want to be disappointed but I could not imagine how a band could completely reimagine their live show in just a couple years. But let me tell you, they have. As soon as the band touched the stage it was obvious that it was going to be special. Alex Turner was immaculate. His new haircut is perfect, his pomade was glistening, and his James Bond suit was flawless. The rest of the band were dressed up, sans drummer Matt Helders who wore tracksuit pants and a t-shirt. Incredible. Helders’ rabid drumming was solid and exciting throughout the set, along with the other members, but it was Turner that made it the spectacle that it was. It was the best set I saw at the festival and probably one of the best I have seen all year. I am fairly certain that Turner got some coaching for his stage presence in the past few years, maybe from his pal Josh Homme, since he literally made love to the crowd. He was a mixture of David Bowie, Elvis, and Alex Turner. He even had a comb that he pulled out to fix his hair every so often. It was SO HOT.

Every song sounded right. During the set I realized how relevant and important each Arctic Monkeys album has been, no matter how different or drastic than the one before it. They all made sense. My disappointed thoughts with Humbug turned into brilliant thoughts as I realized that Arctic Monkeys needed this turning point, in order to get to where they are right now. With Humbug they needed to mature themselves, even though it may have been a bit too much. With Suck It And See, they were turning those Humbug songs into something faster-paced and trying to strike a delicate balance between old and new. AM is where they completely hit their stride and figured out how to do it. The whole set I was aching (in both my heart and my loins) for the band to play cuts from their newest album and whenever they did, they completely took over the crowd. From Dancing Shoes to One For The Road, every song was perfect for this atmosphere and kept me captivated throughout. I found myself thinking, “well, it’s probably time for a new favorite band anyway.” It was massive and incredible and all I want to do now is see their show again. A lot better than the reaction I had to their last show. I plan to spend a few weeks listening to their back catalogue again and making my final decision on whether they should take the top spot in my heart. They probably should. 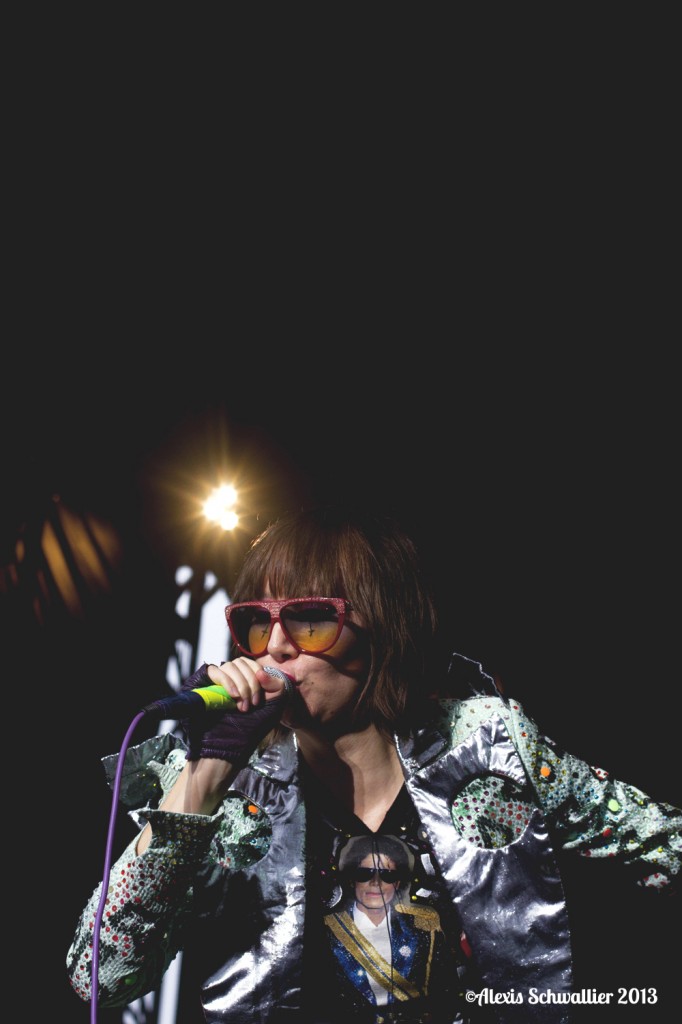 I squelched through the mud to Tegan & Sara, who were loud, fantastic, and adorable. I would have rather seen them do their own show as when they do not have time restrictions they spent half of them bantering with the crowd and it’s some pretty incredible banter. Everyone was singing along and they were grateful to be playing for us. The rest of our night was spent going from Yeah Yeah Yeahs to Queens of the Stone Age. Once again, I would have loved to see both of these bands do their own indoor headlining shows. There were just way too many people everywhere and I wasn’t wearing my wellies so it was a bit gross. Both the bands were wonderful and we left the festival with smiles on our faces and mud in our teeth. Well, not really, but pretty much.

As you can probably tell, Arctic Monkeys were the highlight of the day and pretty much all I can think about. Music Midtown was fantastic to go to this year and as long as I stay around the south, I will continue going.