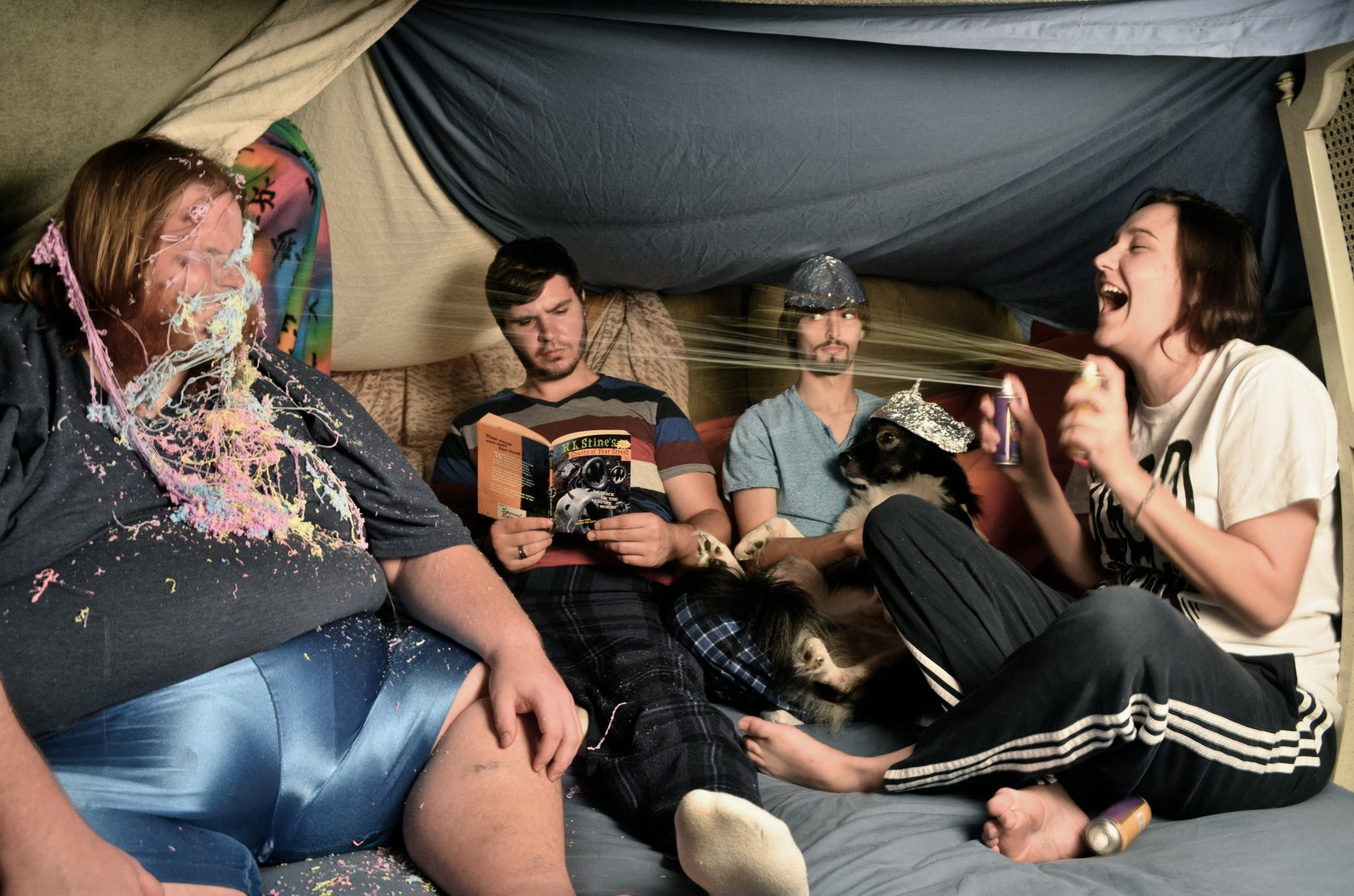 Cassie Posey of Signs of Iris is a cool ass chick. Â She has pink ombre hair and I want to be her bestie. Â None of this has any bearing or relevance on the matter at hand, I just needed to get that off my chest before I proceed. Â What we are here to discuss today is the release of the band’s new album, Cyclops. Â This effort began back in March at 3 Big Guys Studios and what’s left is everything Cassie wanted to say set to the band’s musical interpretation of her lyrics. Â “We didn’t have a release date when we began working,” says Cassie, “So we were really able to have the luxury to take our time and make the exact record we wanted.”

Their first single, Little More, is powerful, electro, and driving. Â This single was chosen based off of responses from live performances. Â “We got a lot of good feedback, people really enjoyed it at our live shows,” says Cassie. Â The band hopes this catchy tune will hook people into the album. Â Also, the video features luchador masks. Â Again, this has no bearing, but…it doesn’t hurt to mention.

The band hopes that this album conveys, to any and everyone will listen, the emotions and opinions of the band on each of the topics. Â “We wanted this album to be emotionally connecting,” says Cassie. Â It’s her hope that listeners can feel what she feels as they are performing the songs.

If you want to catch the band live and celebrate the release, they will be at the Radio Room in Greenville, SC tonight. Â Doors open at 9 and the show will feature supporting acts Andy D and R_Garcia.