Battleme is Mark Drenik, a man who has been on quite the journey through the music industry throughout his career. The past 5 years have seen him bounce from Austin to Portland, battle an autoimmune disease, record a Neil Young song that’s been featured on Sons of Anarchy and viewed over 1 million times on Youtube, and release Battleme’s debut album in early 2012. That release was a departure from Drenik’s primarily lo-fi folk sound, with his second EP–which is streaming above–following suit.

Following up on the Weight of the Brain EP released in October, Battleme has a new album set to hit the streets in February 2014 titledÂ Future Runs Magnetic,Â which includes songs from the latest EP. The new material is fresh for Drenik, capturing his biggest and broadest sound to date.

If you’re digging what you hear, we’ll be giving away a vinyl, CD, and t-shirt when the album comes out. You can enter to win that below. Until then, give this EP some spins. It’s not a grower, you’ll dig it first listen. 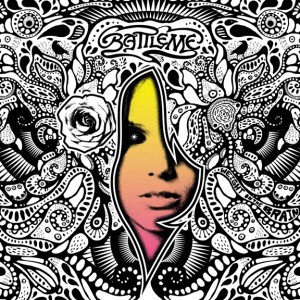