by Rupert Hudson
in News
0

Thanks to Thi Lam for writing this recap. This is his first time writing for SceneSC!

Brett Dennen packs out 3rd & Lindsley on Saturday, Feb. 21 in Nashville, TN, touring on the release of his new full-length album Smoke and Mirrors.Â Â  I would like to talk more about his new album before I get into the details of the show. 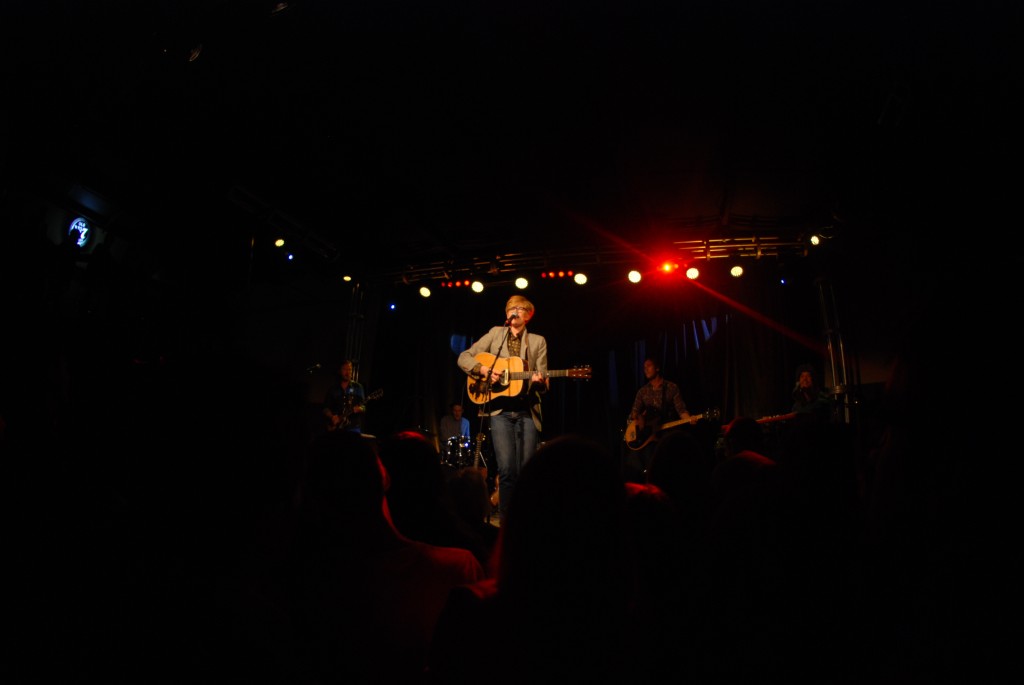 Smoke and Mirrors is a perfect blend of his previous albums. It encapsulates the up-beat vibes from Lover Boy while keeping the lyrical weight of So Much More and Hope for the Hopeless. Smoke & Mirrors explores the beauty of love with songs like Â Only Want You, conquering self-doubt with Wild Child, and even questions conventional religious beliefs with Don’t Mess with Karma.Â  This album is Brett Dennen taking a step back and finding his roots.

Back to the show,

He opened up his set with the first song from the new record Sweet Persuasion, which is a catchy up-beat tune about love, which set the mood just right. It got everyone in crowd moving on their feet, filling the room with joy.Â  I could overhear some of the audience making comments on his voice. They were so unsure about it, because it was something they have never heard before. How can that delicate soft voice come from such a large red headed man? (Brett Dennen stands strong at 6 feet 5 inches) While Brett Dennen isn’t known as a vocalist by any means and some might even be thrown off by his voice the first time they hear it, but there is something magical in his nasally Northern California accent that gives each of his songs a sense of sincerity and rawness that will make you feel the intentions of his songs. I’ll admit it, I didn’t like his voice at first, but it grew on me. 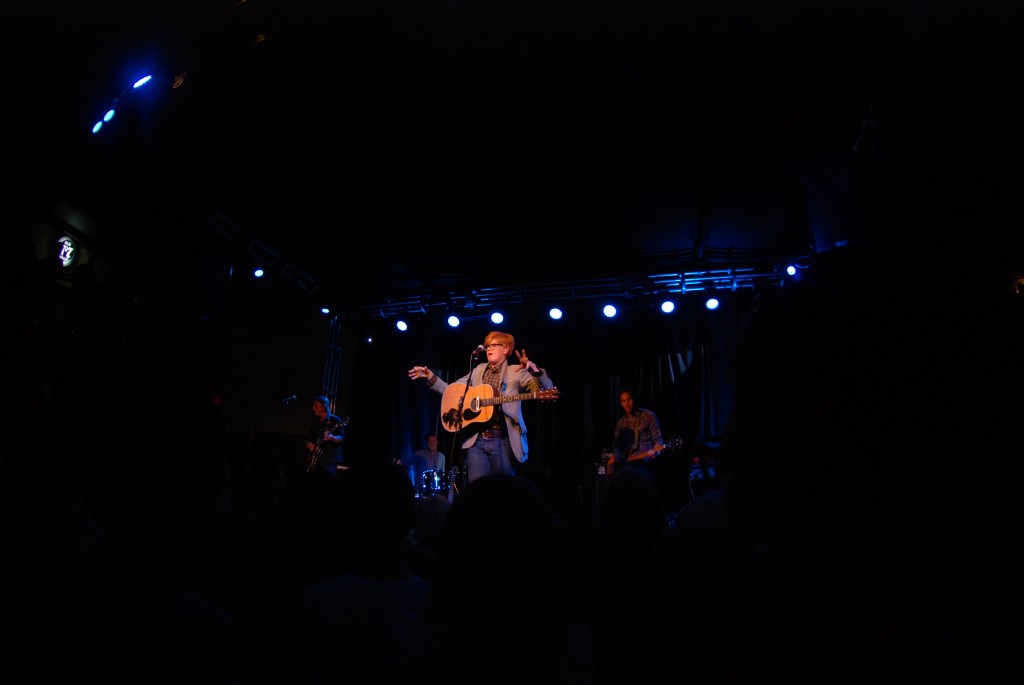 It felt like a church service the way Brett performed, speaking so much truth and reminding his audience to appreciate life with each song.Â  There were moments in the set where he would swing his guitar to his hip just to use both of his hands to deliver the importance of his lyrics to the audience. We were in Brett’s classroom, and he was teaching us the meaning of life. While singing his heart out, he un-embarrassedly incorporated some cheesy dance moves to give the crowd their money’s worth.Â  The way he danced and moved across stage was something that only he could pull off. He was just that kind of person that could make anything “cool”.

He’s the awkwardly tall and talented geek you knew in high school, the loveable one who danced the entire time at prom. He’s the Comeback Kid that is keeping the singer-songwriter genre alive and well, and winning the hearts of many with his genuine lyricism and catchy tunes. Check out Brett Dennen’s new album Smoke and Mirrors.

He is also amazing at doodling: http://instagram.com/brettdennen

WUSC Wednesdays: How Do You ‘Roo?

WUSC Wednesdays: How Do You 'Roo?