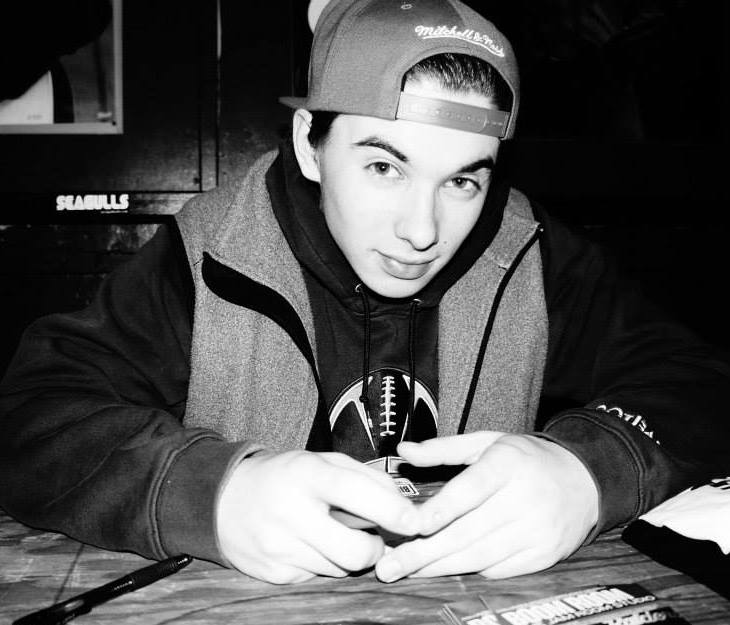 Lately South CarolinaÂ rappers have beenÂ showcasing resounding diversity and proving there isÂ plenty of room for a Hip Hop subculture in the Palmetto State.Â Sumter native ColeÂ Connor is one of the artists who has played aÂ role in growing Hip Hop’s presence locally with his debut project Through the Stampede making a splash over the last year and a half. The projected garnered two singles â€œkNOwledgeâ€ and â€œFor The Moneyâ€ featuring local rap favorite FatRat Da Czar. In a state where artists often complain about lack of support, at the beginning of July ConnorÂ successfully completed a kickstarter campaign to fund his sophomore project The SeamÂ raising more than $7,500 in less than three weeks. Last week I got the chance to connect with Cole and discuss his new project, his thoughts on South Carolina Hip Hop, and why his Kickstarter was such a success. 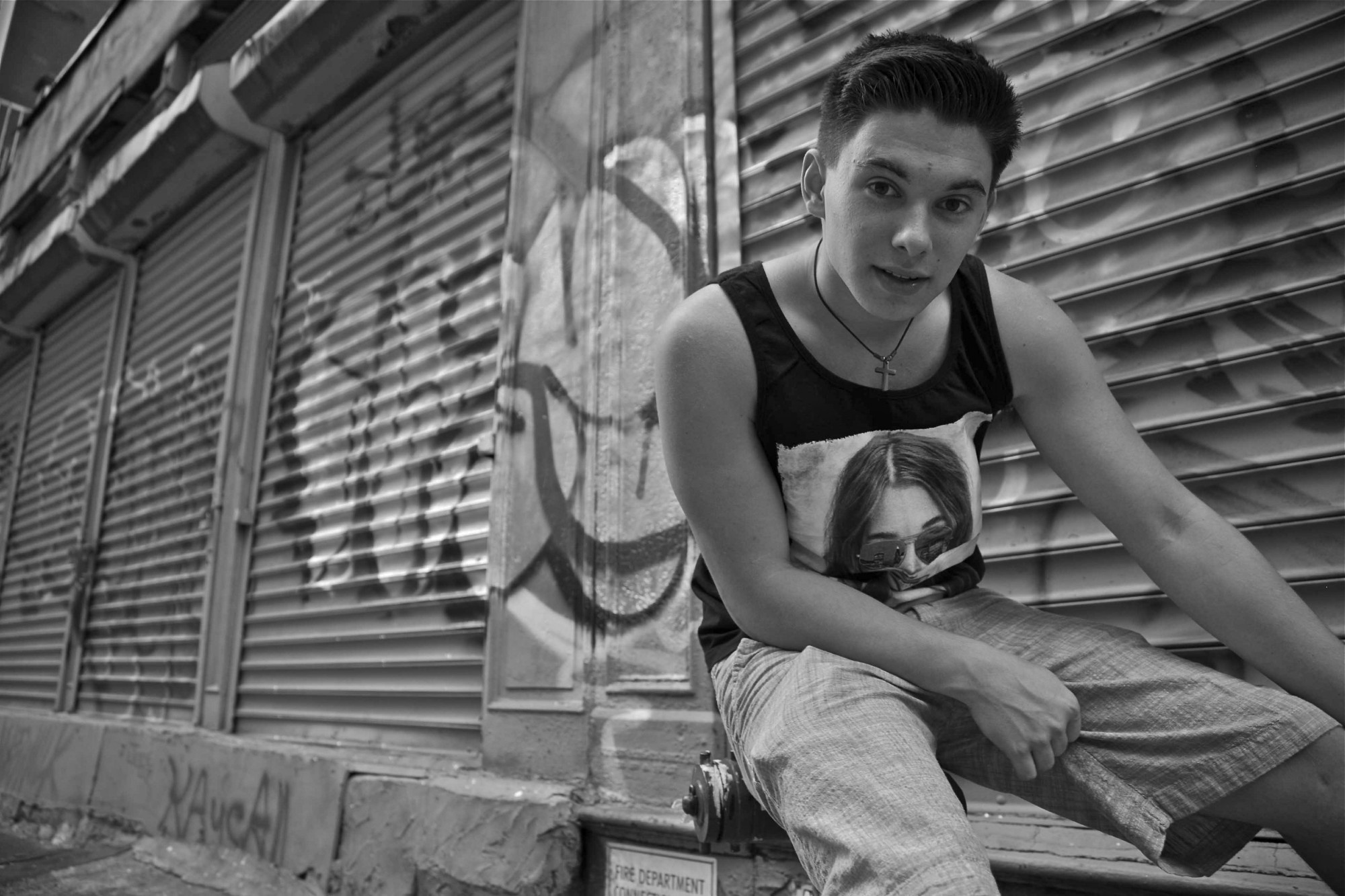 KA: For those who aren’t familiar with you as an artist can you give us a sum up of who Cole Connor is and how your rap career came about?

I donâ€™t know if I can tell you who Cole Connor is, but I can tell you who Iâ€™m not. I am not who you are used to hearing out of South Carolina or anywhere. Iâ€™m not who youâ€™d expect when you look at me, and Iâ€™m not at the place most 21 year olds are at mentally. Iâ€™m on a mission to create positive music evoking real emotion through storytelling, capturing moments, and speaking truth. Whether itâ€™s producing, singing, or rapping, my heart and soul are in the music.

My rap career came about by writing songs and poetry at a young age. As I dealt with different challenges, I wrote down my deepest thoughts, but rap didnâ€™t come until the late teens. A series of very precise events really made everything click for me as the years went by, leading me to drop out of Clemson University to pursue a career in music. A year later, I met FatRat Da Czar and started recording at the Boom Room what would later become Through the Stampede.

KA: In hindsight how do you feel about your first projectÂ Through the StampedeÂ was it an accurate representation of you?

I thinkÂ Through the StampedeÂ represented me very well at that moment in time, and it continues to connect and has connected with a lot of people. Iâ€™ve gained so many fans and touched so many lives, which has been an awesome experience. I think thatâ€™s about all you can ask for especially since it was my first professionally recorded project.

KA: Lets talk about your Kickstarter Campaign. You recently reached your goal for the production and marketing of your new project, Congrats by the way! How did you grown the support you needed to raise funds?

YES! I appreciate that. It was an amazing experience to say the least. We had a team of very supportive people. All of whom were e-mailing current friends, old friends, fans, hometown businesses, and fellow music lovers. Combining that with word of mouth and blasting it on social networks, it really just came together. Over the years, Iâ€™ve been able to build relationships with some pretty awesome fans, friends, and family – they all showed their support. It was a huge task, and we completed it. Now, we are one step closer.

KA: Now that you’ve raised funds have you began work on your new project?

Yes I have. Iâ€™ve been making the music for this project for closing in on a year now, and itâ€™s really starting to come together beautifully. We will get in the studio soon to start recording. Iâ€™m really looking forward to it.

KA: What inspired you to name the albumÂ The Seam?

The SeamÂ is the journey, the growth, and the ups and downs of someone trying to figure out life.Â Â It is the struggle of trying to keep from being stretched and pulled apart by the pieces of who we are, who others want us to be, and who we want to be. Life calls us to be so many different people. For me, I am an artist, a lover, a son, a brother, a worker, etc…Â The SeamÂ is about determining how to keep all these people connected without losing the love, faith, and motivation it takes to be each one. 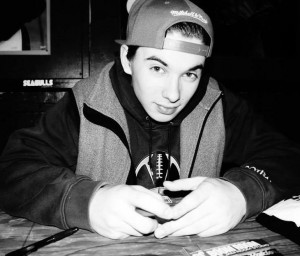 KA: I love that answer! So what can we expect from yourÂ Sophomore Album? How will it be different from your debut?

Itâ€™s really the next step in music for Cole Connor. Expect a story. Expect skits. Expect a heightened sense of maturity and passion. Itâ€™s really Cole Connor coming into himself. Expect a lot of SC production. Iâ€™ve been working a lot on the production so it really adds an extra level of creativity. I am evolving and coming into manhood, and Â the music will be a reflection of that.

KA: Will there be any guest appearances? Who are you working with production wise?

Yes, there will definitely be some guest appearances. #NewSC will be in the building. I have a few others confirmed, but Iâ€™ll wait to announce. As far as production, Iâ€™ll be doing some for sure, along with the highly talented MidiMarc and other South Carolina producers. Itâ€™ll be all SC production, which I think is special within itself.

KA: What separates your musicÂ and artistry from other local rappers?

My music is bigger than the next party, but you can party to it. It sounds great recorded, but it moves the whole crowd live. My music isnâ€™t cocky but confident in where it will be. Most of all, it isnâ€™t for money, but because it is from the soul and a place of love and positivity, it will lead to it.

KA: What are your thoughts on South Carolina’sÂ Hip Hop scene as a whole?

As I come into contact with more and more artists,Â Iâ€™m overwhelmed by the incredible amount of talent South Carolina has to offer. We have great live venues and great recording studios like The Boom Room. This is where I’ve been embraced by some like-minded artists put together by FatRat Da Czar. We’ve dubbed ourselves New Success Culture (NewSC) as a collective and have been making music in an open and creative environment for a while now. It’s great to see fellow artists come together to continue bettering the culture and creating timeless music.

KA: Who are some South Carolina artists you’re a fan of?

There are so many talented artists in this area that I donâ€™t even want to begin listing them. They are all dope.

KA: When can we expect your new project your kick starter hints at September?Â and do youÂ have anything else going on you want yourÂ fans to know about?Â Â

I donâ€™t want to give an exact date yet, but Iâ€™m hoping sooner than later. We want to get out some singles and see how they do before we get any official dates going, but all I can say is sooner than later. There will Â be something else to hold fans over though. Something with #NewSC. Look out for that.

KA: Is their anything else you want to share with people?

Thank you so much to everyone who hasÂ supported me thus far, and to you and SceneSC for the interview. I’mÂ pumped for the future.

Cole Connor will be performing inÂ Columbia, SC along with The Force at â€œThe Messageâ€ July 25th. It will be located at Earlewood Park Community Center and Amphitheater. The event page can be found here:â€¨

Also, there will be a KickStarter celebration at Yesterdayâ€™s Bar and Tavern starting at 8:30 August 4thÂ “For anyone who wants to come enjoy some tunes, country cooking, and a full bar.” Event page can be found here:

ARE YOU A FAN OF COLE CONNOR? LET YOUR THOUGHTS BE SCENE BELOW.