Father John Misty’s new album I Love You, Honeybear is out today and we have a deluxe vinyl to give away. Link to the giveaway is in our profile.

One time I saw Father John Misty frontman Josh Tillman hop into the pit and take a selfie with a girl in the front row at a show in Atlanta. Tillman has created this persona with FJM as a cynical and sarcastic songwriter, taking aim at the core of modern day American society. In some ways he’s smirkingly raging against the machine, but he’s not out there calling for change–he’s simply sideline commentary.

Recently when Tillman played the first single “Bored in the USA” live on Letterman he felt sick backstage in the green room afterward because he thought it was a bad performance. Once he saw it air on television he felt better, but it shows the difference between Josh Tillman, and the character he plays as Father John Misty. The songwriting on I Love You Honeybear is a mixture of the man himself and the character he plays, with lines inspired from personal situations beside lines that grab the listeners attention. 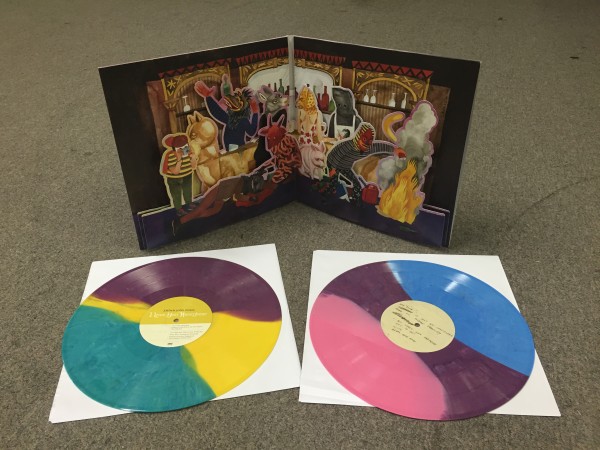