by David Stringer
in Concert Previews
0 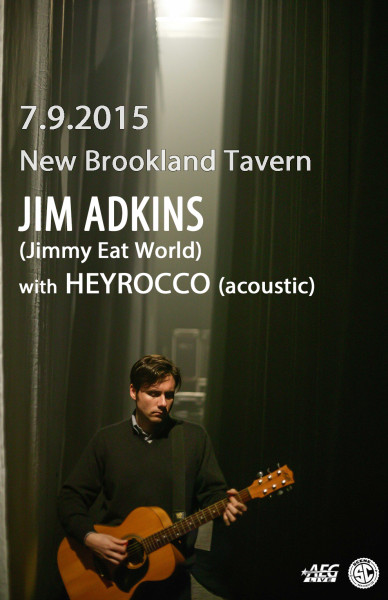 On his first ever solo tour, Jimmy Eat World frontman Jim Adkins plans to visit cities his band hasn’t visited in a long time, or in some places ever. For the better part of 21 years Adkins has focused all of his creative energies into Jimmy Eat World, a process that’s seen them write, tour, record, tour, and repeat the process again. After a solo show in Berlin after Jimmy Eat World’s last European tour a rare solo show for Adkins sparked an interest in the idea. So this summer and fall Adkins is going on tour with just his guitar playing new solo material, a couple of covers, and yes…some Jimmy Eat World songs as well.

This visit to Columbia will be Adkins first since the early 2000s when Jimmy Eat World played 93.5 sponsored event Fall Out at Finley Park. Both Fall Out and 93.5 are gone now, but Adkins band and music still remain. Opening the show will be Charleston band Heyrocco with a rare acoustic set. Today marks the release of their true dÃ©but release Teenage Movie Soundtrack–an album that’s been years in the making.