Saturday was eventful for the Columbia music scene, with local shows happening all day long across the city. Things kicked off around noon at the Conundrum Poison Koolaid Fest with a stellar, dozen-act lineup. At 3 p.m., The Girls Rock Columbia Camp Showcase kicked off with 14 newfound rock groups. Then, after dinner, Blaktastik set up on the State House steps, featuring hip-hop, funk, rock and more to highlight black culture. Pop-punk Pillow Talk, recently featured for a Scene SC Papa Jazz Session, was headlining Saturday night at New Brookland Tavern, preceded by grunge rock Revelry and get-real rock DYEL. Then, while that was going on, a house show across the street with a music showcase dubbed the State Street Sessions featured some solo locals on guitar.

Waving goodbye to Charleston for the weekend, I headed up to my old stomping grounds to move out of my apartment and catch some tunes along the way. I got to jump back and forth between the latter two shows, starting things off at my favorite venue in Soda City, NBT.

Revelry kicked things off with main vocalist and Kurt Cobain lookalike Davey Davenport shredding on guitar. With a heavy rock sound and vocals that in moments emulate Cobain’s grungy style, Revelry throws back to punkier times and vibes but with a fuller and more heavy metal sound.

DYEL hailed from Charleston with Ryan Alexander on vocals, lyrically divulgent as always with tracks that examine personal relationships and experiences with clarity and revelation. The sounds range across the indie rock spectrum from poppier tracks to heavier noises with a lot of emotion thrown in. I missed snagging pics for this band, because I headed over to the State Street Sessions at the beginning of the set. 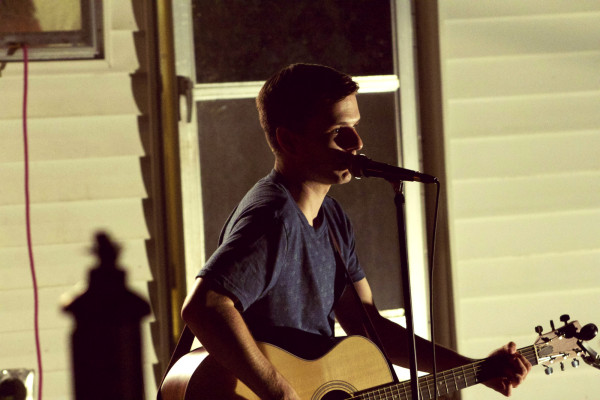 There, I caughtÂ Tyler Gordon, better known with band Barnwell, playing an acoustic set that included tracks from his debut disc, a new song thrown in there, and my favorite: a stellar cover of “The District Sleeps Alone Tonight” by The Postal Service. Other players included Barnwell bandmate Ross Swinson, Thomas Ray of The Ugly Chords and Adam Corbett of The Restoration.

The highlight of the night was the Pillow Talk set back at New Brookland, a show that coincided with debut album release Cheers: For Jordan in memory of former band member Jordan Basl. The other Pillow Talk members consist of vocalist and guitarist Adam Jones, vocalist and drummer Madison Tate Logan, and bassist Andrew Svenson. 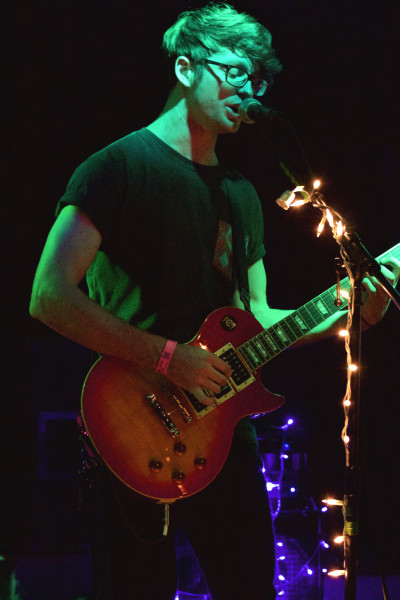 The music of Pillow Talk was self-proclaimed by Jones as “shitty pop-punk” before the show began, but take out the first adjectiveÂ and you get the genre. Stop being so humble, Jones. We know you guys can rock. Though I’m not proficient in pop-punk, I get entranced by the emotions that are revealed in different sounds. For pop-punk, most noticeable to me are the strained and deeply emotional vocals; pure feeling. The accompanying melodic guitar mixed with fast-paced, thrashing but controlled drums offer the genre’s signature sound. The group offersÂ a sound similar to Sorority Noise but lyrics more along the lines of The Front Bottoms and Man Overboard.Â Pillow Talk is fueled by angst, anger, love, and memory but also a deep and passionate exploration of one’s own range of emotions and understanding of oneself. 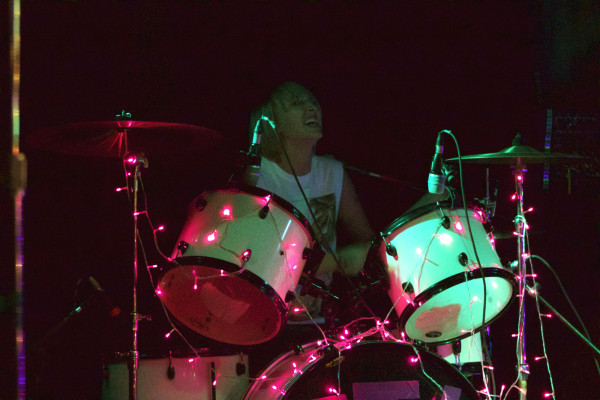 For the NBT show, Tate’s drumming really stood out, setting the pace and throwing in some surprise beats, while Jones’ vocals wavered between somber melodies and screaming segments. There was a crowd-pleasing Brand New cover thrown in the set as well as a damn good full-band debut of a song that Basl wrote as a solo piece. You can snag Pillow Talk’s 11-track disc Cheers: For Jordan, which was recorded at Jam Room Studios.