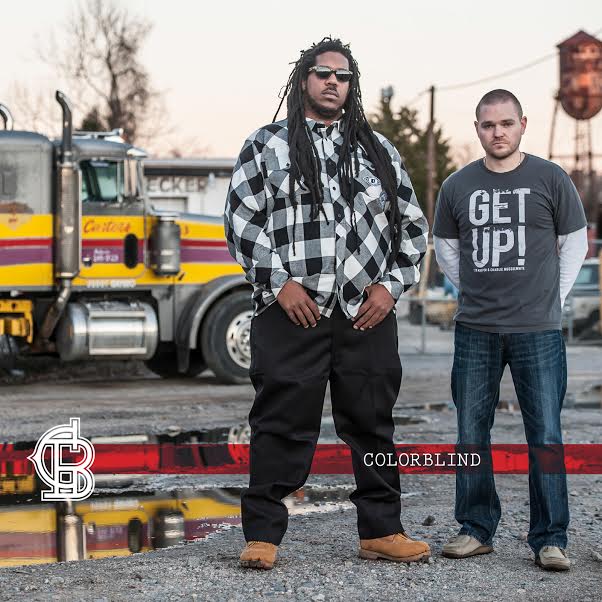 ColorBlind, a duo formed from hip-hop guruÂ FatRat Da Czar and folk rock artist Justin Smith, teamed up with NewSC for trackÂ “My Block” from theirÂ debut self-titled disc. The music video starts out with a quote from TuPac:

This message carries through into the emotional track that comes at a time of change in our state and nation. It’s a spark to the revolution but also a retelling of truths that have been evident all along and don’t get voiced nearly enough. Videographer Sherard Duvall of On The Real Films capturesÂ raw moments in the studio in black-and-white, stripping away the color and the differencesÂ to reveal something sincere, pure, and unifying.Â There’s a sadness and yet an understanding; an anger and yet an idea; a history and yet a maturity; a reality and yet a hope.

The lyrics highlight police brutality, gang violence, gun control, and drug culture, all under aÂ blanket of racism. However, the message is about trusting in a higher power and higher hope through all the hardship. And maybe trusting in the revolution that is taking place and the justice that is yet to be but bound to come.

The haunting chorus echoes “Living life is but a dream. Hard times is all we’ve seen…But on the block, we still pray.” The end of the video will make you smile at the hope of the future butÂ also realize thatÂ an enormous amount of pressure lies on our generation to make life better for the generations to come. The movement has begun.

Check out ColorBlind Friday afternoon at the Stereofly/Free Times Dayparty cosponsored by yours truly.