by Joshua Sorrells
in Album Reviews
0 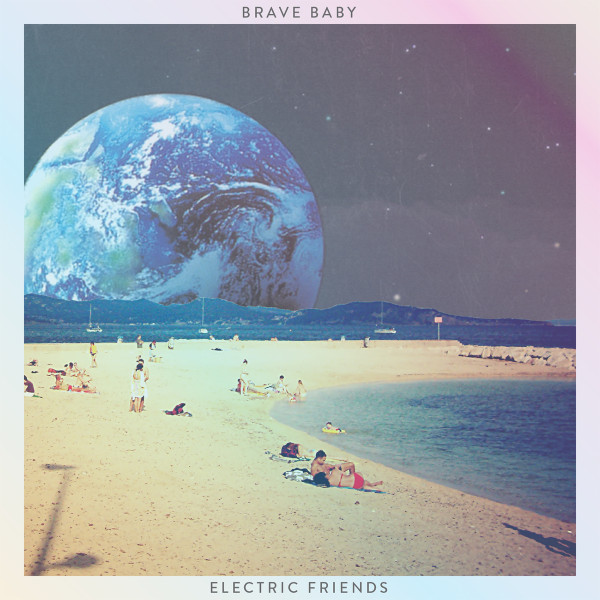 Brave Baby’s Electric Friends is a huge leap forward for the Charleston based band. Not only is it well produced (which, believe me, gives every song the justice deserved) the writing itself is more intelligent and well honed than their first release Forty Bells. That’s not to take anything away from their 2012 release, which has really put the quintet on the map. It’s just my way of saying the new record is absolutely worth listening to.

It starts out with psychedelic grooves and ethereal pads that provide a cloudy, dreamlike foundation for each song to exist in. Before you know it you’re three tracks in and time has slipped into that wonderful area of nonexistence that’s only made possible by the kind of music that understands the importance of spatiality and timelessness.

The guitar tones in “Plastic Skateboard” push the psychedelic feel of the record that is accentuated in “Octopus J.” and Keon Masters’ smooth vocals.

I spent a lot of time with this album and the thing that stands out most to me is the attention to detail the Brave Baby boys gave to each song. There are subtle guitar lines in songs like “Atlantean Dreams” and “Larry On The Weekend” that do more for the song than imaginable. The spacy pads that exist like galaxies in each song displaces you so that you actually feel a floating sensation and, let’s just face it, that’s the kind of feeling we all want when we turn on a Brave Baby record. We just want to glide, am I right?

A few things worth noting:

Seriously though, this record is a success on so many levels. I highly encourage you get up from wherever you’re sitting right now, turn Electric Friends up as loud as possible, and enter a new world where Brave Baby takes you soaring in limitless skies of radioactive clouds to glowing fields of grass pulsing with electricity. Turn yourself on. Listen to this record.