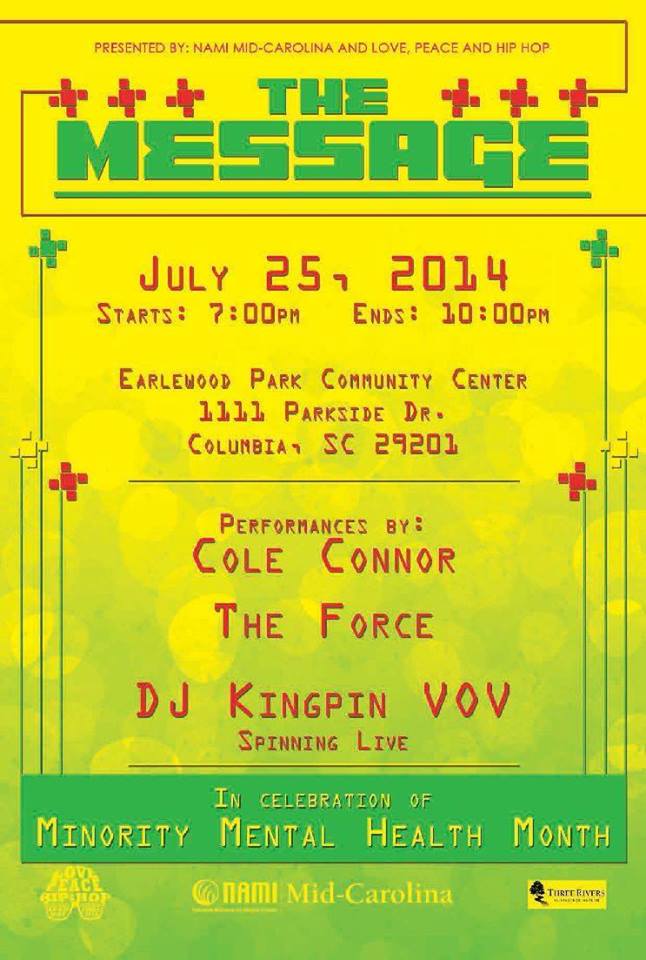 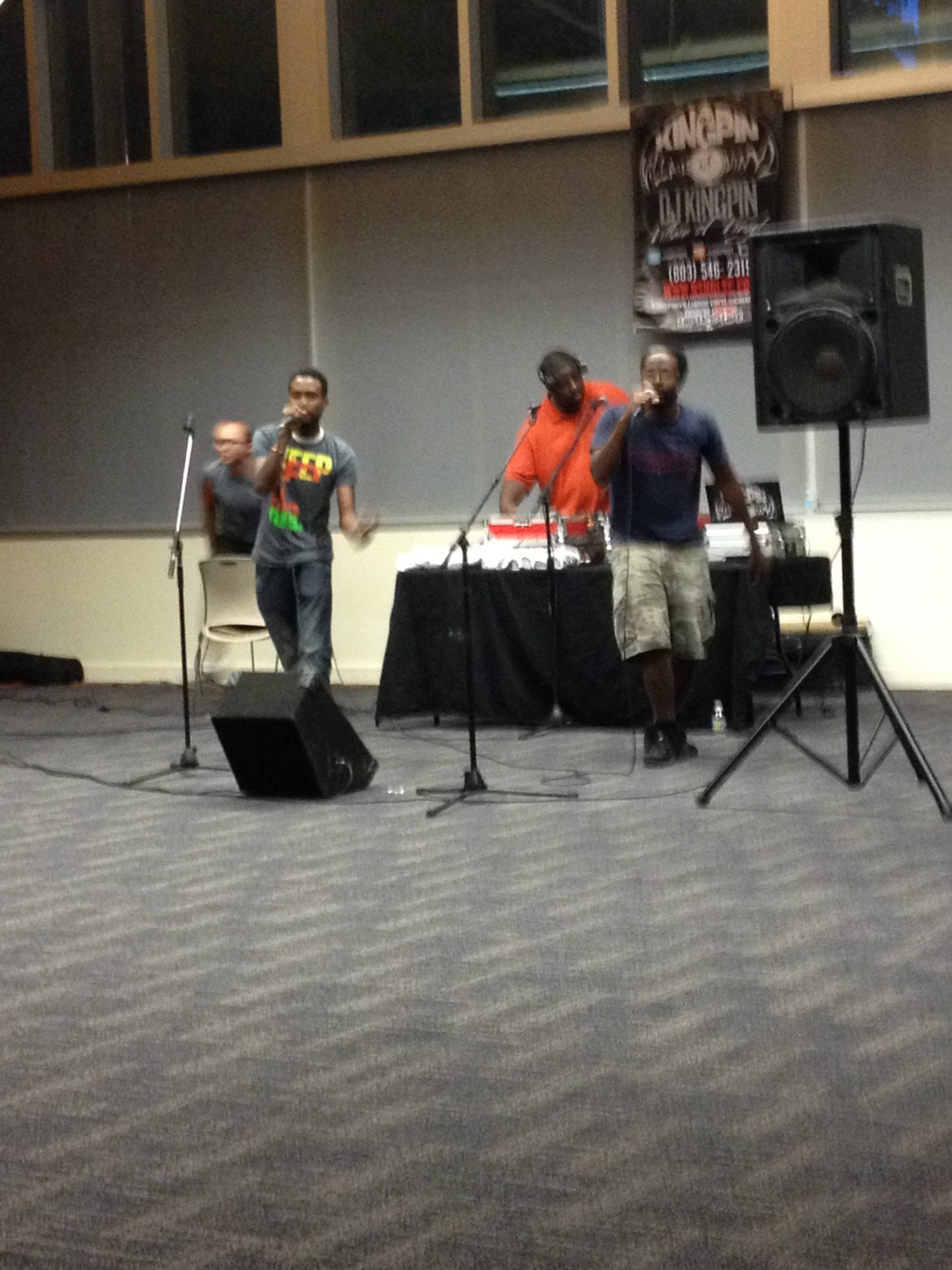 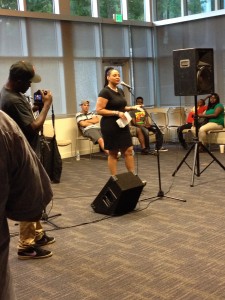 Friday night â€œThe Message” was heldÂ at the Earlewood Park Community Center.Â TheÂ event was put togetherÂ by Love, Peace,Â andÂ Hip HopÂ in collaboration with NAMI (National Alliance on Mental Illness)Â to raise awareness during Minority Mental Health month. Dee Dee Renee, 101.3 The Big DMâ€™s midday VJ,Â hosted the event with some assistance from local Hip Hop leader Fat Rat Da Czar.Â The night started with speakers fromÂ differentÂ Columbia organizations informing the crowd of the resources availableÂ in theÂ metro where people could receive help. While the crowd waited for performances to begin DJ King Pin kept the family friendlyÂ audience on their feet with a mixture of old school and new Hip Hop.PlayingÂ the classic Orangeburg track “Crank Dat Roy” before mixing inÂ The ElectricÂ Slide.Â After a mental health survivor took to the microphone to tell her story the show began.

Duo The Force were the first to hit the stage,Â starting off the showÂ with one of their newer recordsÂ â€œIf You Want It, I Got itâ€. TheyÂ followed up by doing a remixed version of Jay-z and BeyoncÃ©’sÂ “Bonnie and Clyde”Â entitled â€œMe and My Ink Penâ€ rapping “All I need in this life of Sin/Is me and my ink pen/Me and my Ink Pen”. They closed out theÂ set with their most popular recordÂ â€œCarolina Soufâ€Â which got the crowd buzzing. Although The Force could make some adjustments on how to get the crowd involved during their shows it was overall a solid performance. After a brief intermission Cole Connor upped the ante with his show.Â He openedÂ the set with a few words about his own personal struggles in aÂ spoken word style intro. Immediately people were on their feet rushing the performance area for a closer listen. After a few snippets of records from his debut Through The Stampede he went into “kNOwledge” the most popular record from the release.Â His set included covers of Eminemâ€™s “My name is…” and Fabolous’s “Breath”. He closed the show with a few cuts that will be featured on his upcoming album The Seam.

Overall the event was a success. ItÂ was free to the public and food and beveragesÂ were provided. If you were looking for a positive atmosphere toÂ enjoy some localÂ Hip Hop on your Friday evening then this was the place to be. If you missed this eventÂ Cole Connors Kickstarter celebration event will be August 4th at Yesterdays.Â Love, Peace, and Hip Hopâ€™sÂ next projectÂ includes partnering with Nickelodeon theatres for the Black film festival in September. Stay tuned to SceneSC for more details.

HAVE AN EVENT YOU THINK WE SHOULD ATTEND? EMAIL: KASHAWN@SCENESC.COM